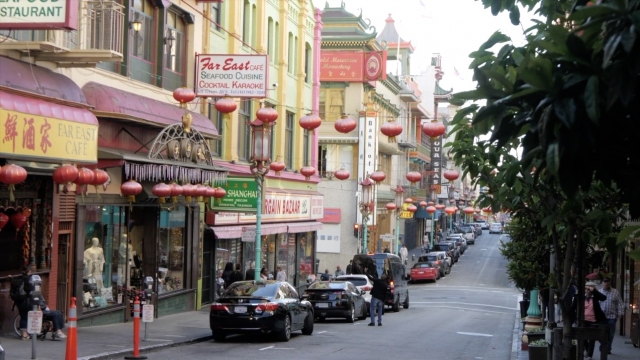 This Lunar New Year, some Asian Americans in San Francisco's Bay Area are worried about their safety after attacks on elderly Asian Americans have gone viral. Videos show a 91-year-old was slammed to the ground and an 84-year-old Thai American was shoved and later died from his injuries. The videos are from Oakland's Chinatown Chamber of Commerce which says there have been at least 20 robberies and attacks within a two-week period. Arrests have been made, but police have yet to determine if these are hate crimes. SInce the past year, during the pandemic—anti-Asian attacks have risen.

John Yang, president and executive director, Asian Americans Advancing Justice says, "The use of words such as Chinese virus, Wuhan flu, not to mention the worst connotations of that, clearly had an effect on our Asian American community. It caused people to be singled out for hate."

"There are a lot of people who are on heightened alert because of the racism and xenophobia that have been so prevalent even from the government in the last year," said Chesa Boudin, San Francisco District Attorney.

There’s no federal data available for anti-Asian hate crimes and incidents, but Stop AAPI Hate reported 2,808 cases in 2020. They tell Newsy, perpetrators seem to target the vulnerable: seniors and children.

This robbery caught on surveillance brought one Oakland resident to tears. He described the victim."I saw her, just like grab her chest and grab her heart; I saw both of my grandmothers…" said Jacob Azevedo.

Within days, Azevedo organized volunteers to help accompany seniors who feel unsafe in Oakland's Chinatown. So far more than 160 people have signed up. He's also fundraised to get them portable alarms.

Azevedo said, "you can't just sit still. This made me feel restless. Every time that I watched, I could just feel my stomach just like curl. What can I do? What can I do that can help that situation?"