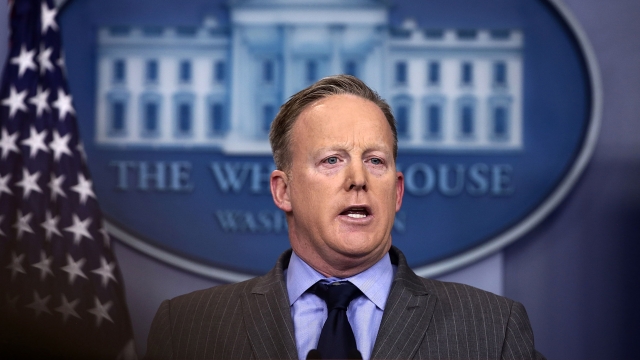 White House press secretary Sean Spicer has repeatedly referenced an attack by foreign nationals that never happened — and no, it's not the "Bowling Green massacre."

Spicer appeared on ABC's "This Week" in late January to defend the Trump administration's travel ban.

"What do we say to the family who loses somebody over a terroristic (sic) — to whether it's Atlanta or San Bernardino or the Boston bomber?" Spicer said on "This Week."

"Whether you're talking about San Bernardino, Atlanta ..." Spicer said on MSNBC.

That same day, Spicer held a press briefing at the White House and cited Atlanta a third time.

"But I don't think you have to look any further than the families of the Boston Marathon, in Atlanta, in San Bernardino to ask if we can go further," Spicer said at a press briefing.

The only terror attack in recent history in Atlanta was a bombing carried out by a domestic terrorist during the 1996 Summer Olympics.

Spicer later emailed ABC and said he "clearly" meant the Pulse Nightclub attack in Orlando. The gunman in the Pulse shooting was a U.S. citizen of Afghan descent.

Spicer's comments come as another Trump administration official — Presidential Counselor Kellyanne Conway — is in the hot seat for citing a "Bowling Green massacre" several times to defend the travel ban.

That attack didn't happen either. Rather, two Iraqi refugees living in Bowling Green, Kentucky, tried to send supplies to Al-Qaeda in Iraq. Conway later said she meant "terrorists," not massacre. 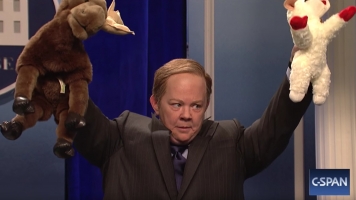 The travel ban in question bars people from seven Muslim-majority countries from coming to the U.S. for 90 days.

But last week, a federal judge in Seattle blocked the ban nationwide.

Trump sent out a string of tweets criticizing that judge for the decision saying "bad and dangerous people" can now enter the country.

It's worth noting that none of the attacks Spicer cited were carried out by citizens of countries included in the ban.