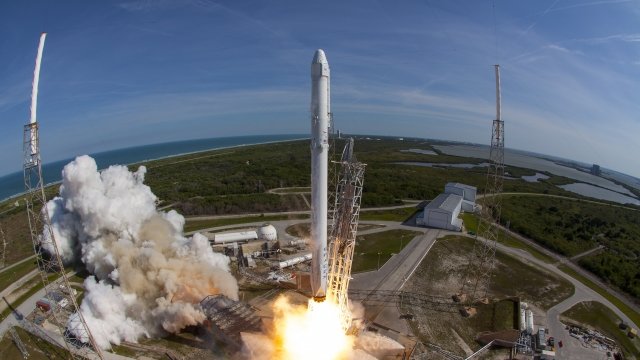 SMS
SpaceX Says Its Rocket Performed As Planned Amid Lost Satellite Rumors
By James Packard
By James Packard
January 9, 2018
SpaceX says its Falcon 9 rocket did nothing wrong during the mission that news reports say might have lost a government-contracted satellite.
SHOW TRANSCRIPT

SpaceX says its rocket did the job Sunday, even as rumors swirl that the satellite on board was lost shortly after launch.

The company's President and COO Gwynne Shotwell said in a statement: "After review of all data to date, Falcon 9 did everything correctly on Sunday night."

She went on to say the classified nature of the cargo kept her from saying anything else.

And that classified label for the Zuma mission means no one is saying much. That includes Northrop Grumman, which built the satellite for the U.S. government. The company only said it's classified and wouldn't comment.

So if there was a problem, who's at fault? SpaceX says not it — only that if it or others find out differently, it'll let us know.