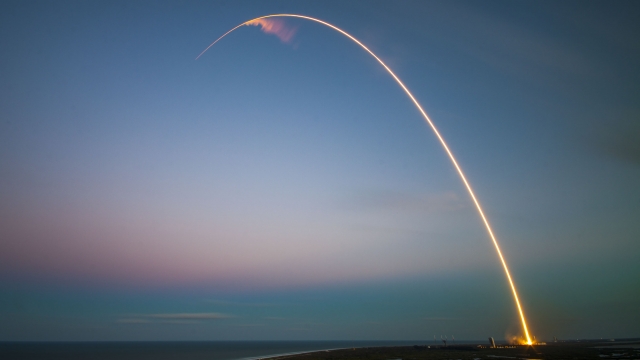 SMS
After Its Next Launch, SpaceX Will Probably Only Use Reusable Rockets
By Ethan Weston
By Ethan Weston
January 23, 2017
Using reusable rockets could make spaceflight cheaper — and it's one of founder Elon Musk's main goals.
SHOW TRANSCRIPT

Elon Musk has a dream for humanity: cheap spaceflight. And that dream will be one step closer to reality after his company's next rocket launch.

Answering a question on Twitter Saturday, Musk said SpaceX's next launch will be the last one before it switches from expendable rockets to more reusable ones.

That's a pretty big deal. Right now, the only other company using reusable rockets is Jeff Bezos' Blue Origin. But its reusable rocket isn't designed to go into orbit like SpaceX's system.

Fuel capacity can make it hard for SpaceX's current rockets to carry things like satellites into orbit and make it back with enough fuel to land. 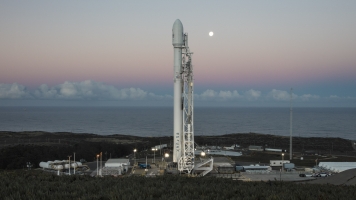 SpaceX's current Falcon 9 rockets are technically reusable, but the company hasn't attempted to relaunch any of them, and the next one will be expended. After that, the goal will be to bring the vehicle home every time.

The move toward always reusing rockets should make spaceflight cheaper. The company says each Falcon 9 costs $62 million, but fuel only costs $200,000.

In a Reddit Q&A session, Musk said he expects the new Falcon 9 Block 5 rockets "could be used almost indefinitely, so long as there is scheduled maintenance."

In another tweet Saturday, Musk said the Block 5 should fly sometime around the end of the year.

SpaceX's last launch was earlier this month. That launch marked the end of a four-and-a-half month hiatus after one of the company's rockets exploded after launch. The next launch could be as soon as Jan. 30.