The New Space Command Will Officially Be Up And Running Aug. 29 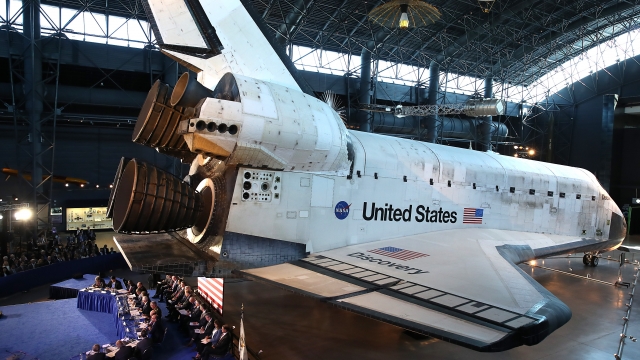 SMS
The New Space Command Will Officially Be Up And Running Aug. 29
By Antoinette Miller
By Antoinette Miller
August 20, 2019
It's the first step in establishing the U.S. Space Force — which would be an entirely new military service dedicated to defense in outer space.
SHOW TRANSCRIPT

"Before the year is out, the United States will once again send American astronauts into space on American rockets from American soil."

The Trump administration's new Space Command under the Defense Department will officially be up and running on Aug. 29. It's the first new combatant command since U.S. Africa Command was established in 2009.

Vice President Mike Pence made the announcement Tuesday at the sixth meeting of the National Space Council.

The chairman of the joint chiefs of staff said Space Command will be in charge of planning and following through with operations in space. It's the first step in establishing the U.S. Space Force — which would be an entirely new military service dedicated to defense in outer space.

Pence said, once it's established, Space Force will "ensure that our nation is prepared to defend our people, to defend our interests and defend our values in the vast expanse of space and here on the Earth with the technologies that will support our common defense."

And so long as Congress agrees to establish and fund it, Pence said Space Force will be launched by 2020.