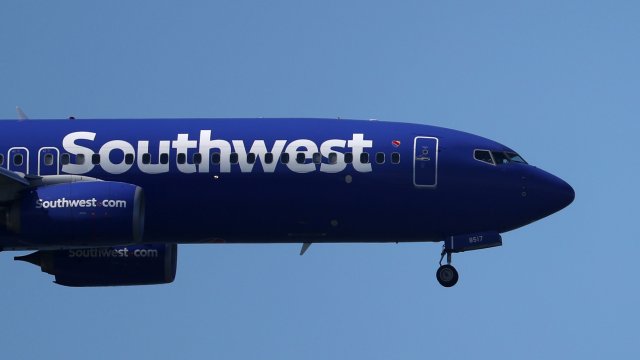 On Thursday, Southwest Airlines joined American Airlines in announcing it was extending its cancellation of all Boeing 737 Max flights.

The company said it's canceled all flights involving the Boeing aircraft through Sept. 3. It previously announced that cancellations would end in August. Southwest is the largest U.S. operator of the Max aircraft, with 34 in its fleet.

The Boeing 737 Max has been grounded worldwide since March. The aircraft was involved in two separate crashes in six months that investigators found were connected to a software issue. The two crashes killed 346 crew members and passengers.

Boeing has finished a fix for the potentially deadly problem in the planes' software, but aviation officials have yet to approve it.

The Federal Aviation Administration not yet given a timeline for when the Max will return to service.