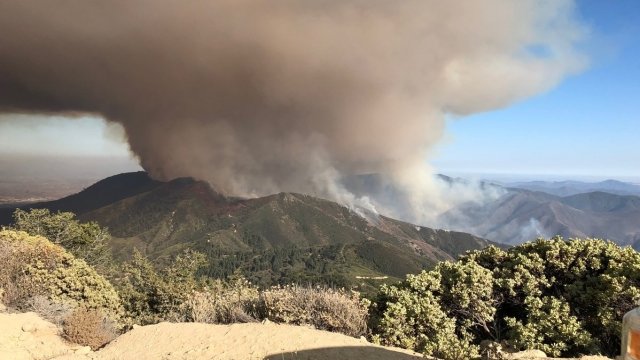 At least 20,000 Southern California residents are under mandatory evacuation orders as a fire there continues to spread.

CNN reports authorities say the fire was set intentionally. One person is reportedly in custody in relation to the fire. It started Monday and has scorched at least 6,200 acres.

Officials say it's already destroyed 12 structures. It was 5 percent contained as of Wednesday evening.

An excessive heat warning has also been issued for the area, with temperatures exceeding 100 degrees Fahrenheit.

Authorities say the high temps and low relative humidity will "provide conditions for extreme fire behavior" as well as have the potential to cause heat-related illness for firefighters and California residents.

Authorities think the fire in Southern California will be contained by Aug. 15.

There are at least a dozen active fires in California that have burned more than a half-million acres.