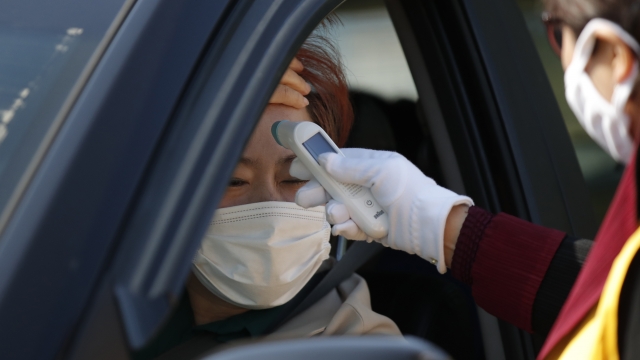 COVID-19 cases are on the rise again, in local infection clusters and from incoming travelers.

South Korea is working to avoid a second wave of the coronavirus, as the country returns to everyday life.

NBC News reports that the country has documented a handful of local infection clusters in recent weeks as people resume moving about in places like Seoul.

In addition to these clusters, the outlet says the country is experiencing an influx of travelers from the U.S. and Europe, prompting concerns of cases being imported. As a result, the country is subjecting all incoming travelers to a mandatory quarantine for 14 days upon arrival.

According to the Korea Center for Disease Control and Prevention, 47 new cases were documented on Monday. Although that's the smallest number of new cases since Feb. 20, the agency asks that the country continues to participate in its Enhanced Social Distancing campaign.