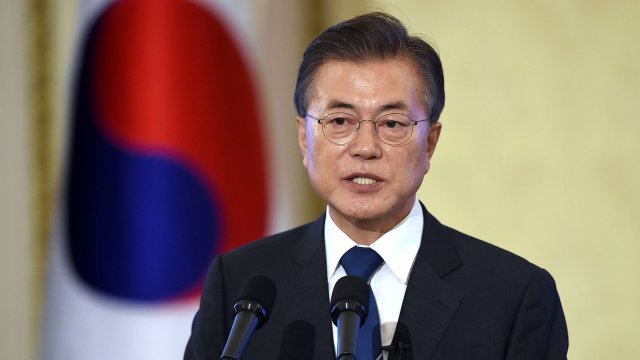 Tensions have eased somewhat since North Korea's participation in the Winter Olympics in Pyeongchang, South Korea.

President Moon has encouraged talks between the U.S. and North Korea, but President Donald Trump suggested at a dinner with journalists on Saturday that those talks won't happen unless the regime is willing to "de-nuke."