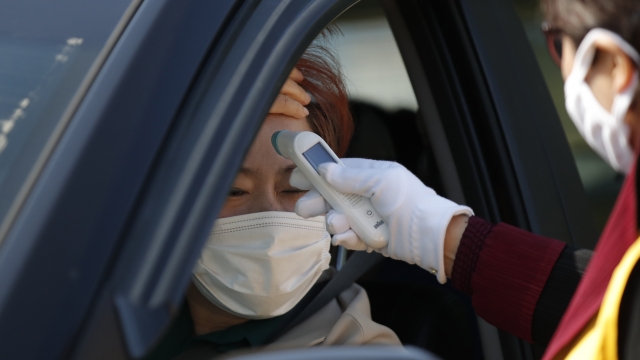 SMS
South Korea Sees Smallest Rise In COVID-19 Cases In 2 Months
By LeeAnne Lowry
By LeeAnne Lowry
April 19, 2020
The daily count dropped to a single digit. Back in February and March, the country was counting hundreds of cases a day.
SHOW TRANSCRIPT

While this drop is a good sign in the country's fight against coronavirus, President Moon Jae-in said the country "must not loosen our guard until the last confirmed patient is recovered."

South Korea had recently seen another wave of COVID-19 cases. NBC News reports the country documented a handful of local infection clusters this month as people resume moving about in places like Seoul. And the outlet says the country experienced an influx of travelers from the U.S. and Europe, prompting concerns of cases being imported.

The South Korean government extended its social distancing policies through May 5, and says it will reevaluate every two weeks.