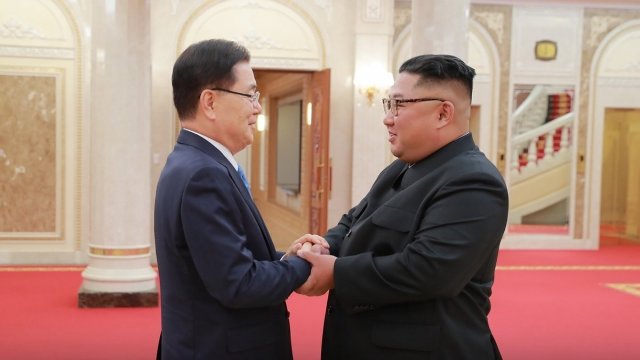 The meeting comes as the two countries are trying to finalize details and set a date for an inter-Korean summit on nuclear diplomacy with the U.S. and North Korea.

This could be a step in the right direction after President Donald Trump canceled Secretary of State Mike Pompeo's visit to North Korea. Trump said he felt the U.S. was "not making sufficient progress with respect to the denuclearization of the Korean Peninsula."

President Moon has acted as a mediator between the two countries. As Voice of America points out, Moon's actions to improve relations could be the only way to put nuclear diplomacy back on the table.

There weren't many details revealed about Wednesday's meeting, but South Korea says it plans to hold a briefing on the topic on Thursday.