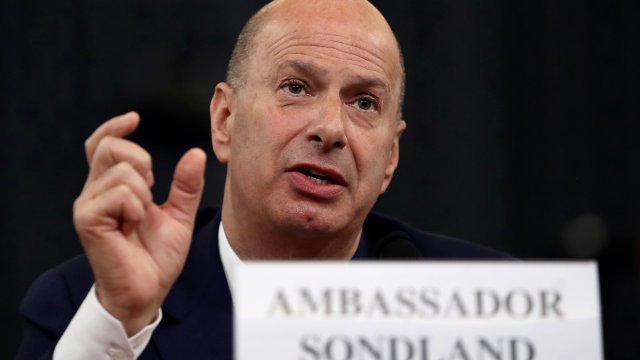 Another round of public hearings in the impeachment inquiry started off Wednesday with highly anticipated testimony from Gordon Sondland, the U.S. ambassador to the European Union.

Sondland's lengthy opening statement started the proceedings off with a bang. He delivered a lot of new information and named a lot of names — including Secretary of State Mike Pompeo, former U.S. special envoy to Ukraine Kurt Volker, and Rudy Giuliani, the president's personal attorney.

"Secretary [Rick] Perry, Ambassador Volker and I worked with Mr. Rudy Giuliani on Ukraine matters at the express direction of the president of the United States. We did not want to work with Mr. Giuliani. Simply put, we were playing the hand we were dealt. We all understood that if we refused to work with Mr. Giuliani, we would lose a very important opportunity to cement relations between the United States and Ukraine," Sondland said.

"The suggestion that we were engaged in some irregular or rogue diplomacy is absolutely false," Sondland said.

Sondland also shed some light on the infamous "quid pro quo" agreement that President Trump was allegedly looking to make with Ukraine.

"In the absence of any credible explanation for the suspension of aid, I later came to believe that the resumption of security aid would not occur until there was a public statement from Ukraine committing to the investigations of the 2016 elections and Burisma, as Mr. Giuliani had demanded," Sondland said.

"I know that members of this committee frequently frame these complicated issues in the form of a simple question: 'Was there a quid pro quo?' As I testified previously, with regard to the requested White House call and the White House meeting, the answer is yes," Sondland said.

During questioning, Sondland confirmed he told President Trump that Ukrainian President Volodymyr Zelenskyy would "do anything you ask him to."

"He also testified that you confirmed to President Trump that you were in Ukraine at the time. And that President Zelenskyy 'loves your ass.' Do you recall saying that?" Democratic counsel Daniel Goldman said.

"Yeah, it sounds like something I would say. That's how President Trump and I communicate: in a lot of four-letter words. In this case, three-letter," Sondland said.

We then got into the nitty gritty of the allegations Sondland made earlier in the hearing.

"President Trump never told me directly that the aid was conditioned on the meetings. The only thing we got directly from Giuliani was that the Burisma and 2016 elections were conditioned on the White House meeting. The aid was my own personal guess, based, again on your analogy, on two plus two equals four," Sondland said.

"You testified that Mr. Giuliani was expressing the desires of the president, correct?" GOP counsel Stephen Castor said.

"But how did you know that? Who told you?" Castor said.

"So it wasn't an order or direction to go talk with Mr. Giuliani, correct?" Castor said.

"Our conclusion, and the conclusion of the three of us, was that if we did not talk to Rudy, nothing would move forward on Ukraine," Sondland said.

Sondland's reliability was also called into question after he said he couldn't remember multiple events he was asked about.

"Well, what I'm trying to do today is to use the limited information I have to be as forthcoming as possible with you and the rest of the committee. And as these recollections have been refreshed by subsequent testimony, by some texts and emails that I've now had access to, I think I filled in a lot of blanks," Sondland said.

Open hearings in the impeachment probe will continue Thursday with testimony from Fiona Hill, former Russia adviser to President Trump, and David Holmes, the counselor for political affairs at the U.S. Embassy in Ukraine. 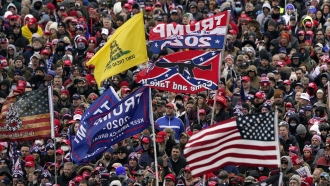 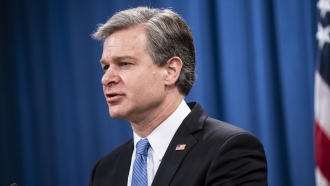 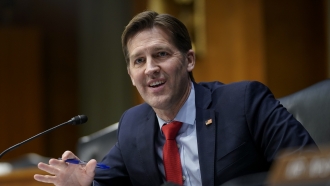 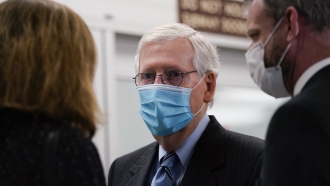 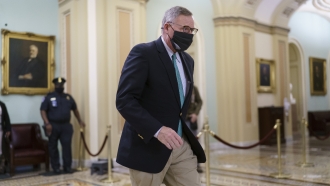 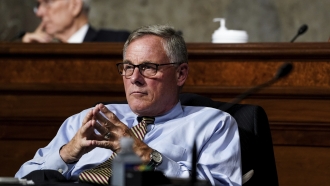 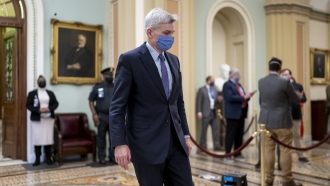 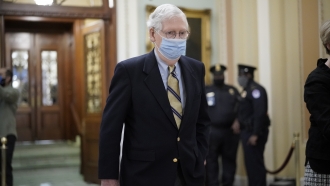