What Is The GOP Going To Do About Its Controversial Members? 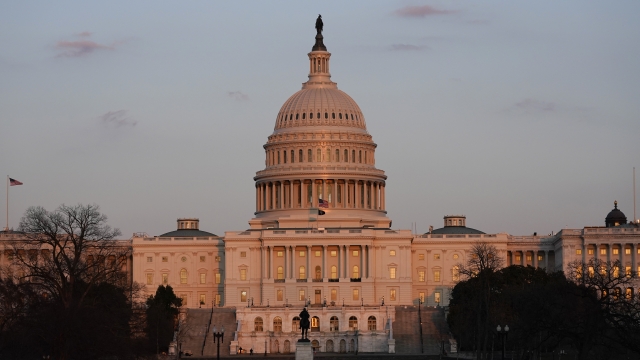 So far, House Republican Leader Kevin McCarthy has resisted calls to punish his caucus members for their links to the far right.

Republicans looking to make gains during midterm elections are growing increasingly frustrated with a handful of members some view as a distraction.

"That's not the Republican Party. That's an individual who's not acting as a Republican. She's acting as herself," said Rep. Greg Murphy of North Carolina.

Back in November, Gosar was censured for posting a video on Twitter depicting himself killing Rep. Alexandria Ocasio-Cortez.

The Republican National Committee told Newsy there is no place for racism in the GOP. But stopped short of calling for Greene or Gosar to be kicked out of the party.

"RNC Chairman Ronna McDaniel put out a very strong statement, saying that hatred, white supremacy, KKK, Nazi, all of those things have no place in politics, no place in the Republican Party, and no place at the RNC," said Paris Dennard, national spokesman for the RNC.

The controversies come as party leaders are hoping for big gains in November, with the RNC focusing on President Biden's low approval rating amid high inflation at home and turmoil abroad. Republican primary races are playing out around the country, with some pitting far-right and moderate candidates against each other.

"When it comes to local elections, we leave it up to the American people and let each community to decide who they want to elect and who they want to have represent them. If the people lose faith and trust in them, then the people will vote them out," said Dennard.

So far, House Republican Leader Kevin McCarthy has resisted calls to punish his caucus members for their links to the far-right. The only House Republican that has faced consequences this Congress is Rep. Liz Cheney for her participation in the Jan. 6 select committee.