Russian Community In The U.S. Faces Backlash As War Wages On 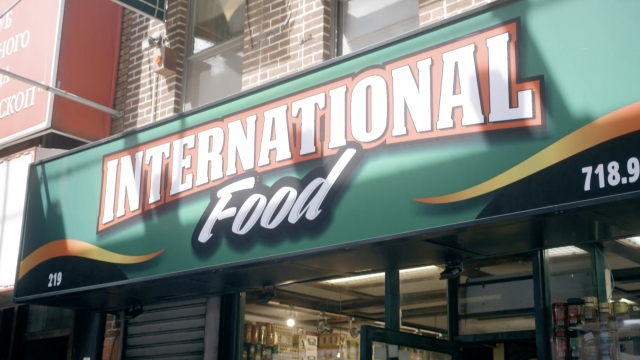 SMS
Russian Community In The U.S. Faces Backlash As War Wages On
By Axel Turcios
By Axel Turcios
March 24, 2022
One business in Brooklyn's "Little Odessa" says people are discriminating because it contains the word 'Russia' in the title.

Some establishments say they're facing discrimination and threatening messages.

Ukrainian American Erica Koyfman says people are going after her family's business because it contains the word 'Russia' in the title.

In fear of retaliation, her uncle, a Ukrainian-born Jew, changed his business name from "Taste of Russia" to "International Food."

The business is in Brooklyn's "Little Odessa," which an enclave of immigrants from Russia, Ukraine, Belarus, and other post-Soviet states — all Russian-speaking.

"There was no Russia and Ukraine back then," Koyfman continued. "It was the Soviet Union. Everybody was the same. Just right now, everything is separated and divided more than it should be. And it's not fair to those who came from one side or the other. We don't blame the people of Russia. We're blaming the leader."

Pavlo Dankanych migrated from Ukraine to Argentina, where he lived for more than 20 years. Although, he speaks Ukrainian, he prefers to speak Russian. In Brighton Beach, he has already confronted discrimination for speaking in his preferred language.

"They asked me where I was from. But it's normal for people to say Russian, even if they are from Ukraine. So, I said, 'Russian.' They told me my president is an assassin, things like that, until I clarified I was Ukrainian," Dankanych said. "They started asking me why I speak in Russian, I should be speaking in Ukrainian. I know how to speak in Ukrainian, but I'm not going to do it because someone tells me I'm obligated to do so."

History professor Bradley Woodworth says the current situation echoes the uprise against the Muslim community after the 9/11 attacks and against the Japanese during the World War II era.

"There's a rise in anti-Russian sentiment," Woodworth said. "All of it was essentially irrational by thinking that just because someone spoke a language or maybe had some deep family cultural ties to another part of the world that somehow they, thus, must like what some violent government is doing."

Woodworth says the anti-Russian sentiment will likely continue to rise.

"We're just in the beginning of the effects that not only in this country, but the entire world will feel as a result of these horrific, violent actions," he said.

AXEL TURCIOS: Are you guys afraid of any these threats or messages to your store could actually become a reality?

ERICA KOYFMAN: Absolutely. Anything is possible. Yeah, we are afraid because we don't know what they're capable of doing.