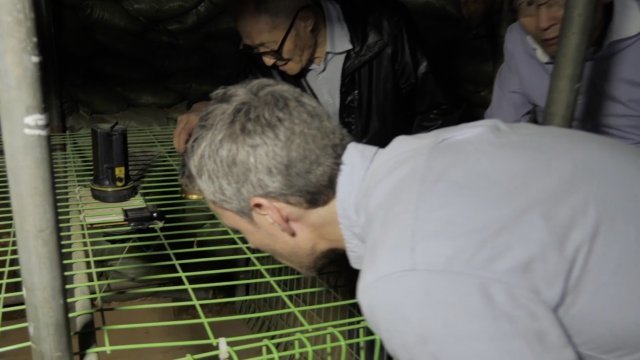 SMS
Families Still Pressing For Answers, Decades After Korean Massacres
By Chance Seales
By Chance Seales
June 12, 2018
Advocates say one million South Koreans were killed by their own government in the Korean War.
SHOW TRANSCRIPT

Byung Sun Lee is 85 years old. He still flashes back in an instant to more than six decades when he found his father -- and more 70 others -- piled up at the bottom of a cave’s pit, hidden on a tree-covered hill.

Everyone was shot to death.

It was October 1950 in Geum Jung Gul, at the beginning of the Korean War, when Lee says neighbors were sometimes indistinguishable from the enemy.

His father was a city leader when North Korean communists overtook the area.

When the South Korean army recaptured control a few months later, his 49-year-old father, who’d kept the city running, even while occupied by the North, was labeled a traitor.

"They called my dad a collaborator because he was in charge of the agricultural committee and he was the vice mayor of the village," Lee said. "When the People’s Army came over they made him do the work, that’s how you’re going to feed the family."

Here’s the truth: this happened in cities all over South Korea.

There are even reports of US troops cornering, and killing 300 refugees moving south -- all considered potential threats, regardless of their circumstances.

It’s taken decades for many of these stories to come out.

Experts say some of the people killed were communist sympathizers.

But historians like Ki Cheol Shin say a good number -- maybe even the majority -- were everyday villagers who saw no option but to cooperate when the South Korean army retreated.

"What these citizens did is what the civil servants did, what the village teachers did — they were just doing the jobs they’d always done," Shin said. "People who assumed the role of police under the occupation could be the collaborators, but they left and then their family members were killed as revenge."

In 1992, the Korean government started down the path of recognition and reconciliation.

Special detectives have been assigned to locate and excavate remains … and finally get the facts of these killings.

Lee didn’t visit site of his father’s murder for 30 or 40 years.

The blood. The bodies. The bullet wound on one survivor’s face. It was all still too fresh.

Now, Lee told Newsy his final mission is to see the remains of his family and neighbors restored to respect. A final sign of dignity.

"The people who sacrificed here should all be cremated and buried together, or build a museum here to show people what happened," Lee said. "The lesson that is valuable is that the war should never happen again in the future. Picking who lives and dies because of that tiny ideology is just not right."

The site where Lee's father died is believed to be just one of 160 confirmed sites with similar cases, involving up to one million deaths.