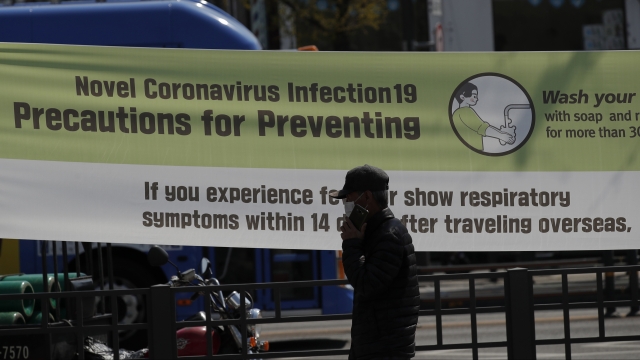 SMS
Some Coronavirus Patients Are Testing Positive For A Second Time
By LeeAnne Lowry
By LeeAnne Lowry
April 10, 2020
There are 91 cases of people in South Korea being cleared of the virus and then getting it again. China and Japan have reported it happening as well.
SHOW TRANSCRIPT

Some coronavirus patients in South Korea are testing positive for the illness a second time, according to the country's health officials.

The Korea Centers for Disease Control and Prevention reported Friday that 91 patients who had been cleared of the virus and discharged from isolation now have it again.

Officials say these people might not have been reinfected. Rather, the virus may have still been in their system and was reactivated.

KCDC's director said, "While we are putting more weight on reactivation as the possible cause, we are conducting a comprehensive study on this."

There have been similar reports out of China and Japan. The possibility of reinfection has been a blow to hopes that infected people would develop immunity.

South Korea has recently seen another wave of COVID-19 cases. NBC News reports that the country has documented a handful of local infection clusters in recent weeks as people resume moving about in places like Seoul.