Death Toll From Twin Bombings In Somalia Rises To 276 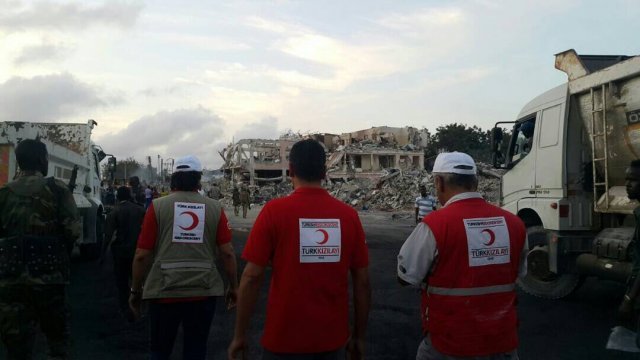 No group has claimed responsibility for the attack.

Officials said Monday at least 300 were injured in the attacks, and the death toll is expected to rise as victims continue to be rescued from the rubble.

Even 15 minutes of daily meditation can help.

As of early Monday, no group had claimed responsibility for the bombings. But the Somali government believes Al-Shabab, a terrorist organization with ties to Al-Qaeda, is responsible.

Somalia's president says the country will have a three-day mourning period for the victims of the attack.