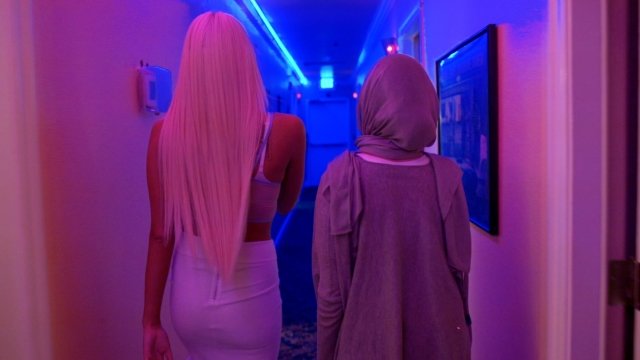 In Nevada, buying and selling sex is out of the shadows, legalized and heavily regulated. We visited one of America's most elite brothels to see what this exception in the sex trade looks like. Meanwhile in Washington, D.C., a woman who once engaged in sex to survive on the streets is at the center of an effort to decriminalize prostitution in the nation's capital.

"Sex is big business in America."

The sex industry in the U.S. is extremely lucrative and involves multiple facets, but it is also hard to track, which means there are many conflicting reports on its actual size. A government-sponsored report from the Urban Institute found a combined annual prostitution industry of almost $1 billion in 7 major cities in the U.S., but the report stops short of estimating the size of the illicit sex market in the U.S. In our reporting, we also spoke with people who work in other facets of the sex industry, which run the spectrum from stripping to web cam work to pornography. For an interesting analysis on estimating the size of the online pornography industry, we recommend this article from Forbes, which says the industry is likely $2.9 billion to $3.9 billion.

We arrived at this number by calling each county in Nevada to get an up to date number.

"It takes some resources to even get this job — you have to be able to afford a license from the local sheriff and pass a thorough background check."

To learn about how the Nevada Brothel industry works from a broader perspective, we spoke with Dr. Barbara Brents, a professor at University of Nevada Las Vegas, who has been doing research in the legal brothels for more than 10 years. She co-authored the book "The State of Sex."

Dennis Hof ran for state office in 2016 as a Libertarian, but has now aligned himself with "Trump's Republican Party," although he still says he leans Libertarian in political philosophy.

Perspective on the sex trade spectrum between "compulsion, constrained decisions, and choice," and an explanation of some of the disagreements between those who focus on sex work issues and sex trafficking issues.

Up to 80% of street based sex workers surveyed in New York had experienced violence while working.

"In D.C., 85 percent of trans sex workers are black and latino," according to HIPS, a local sex work harm reduction organization.