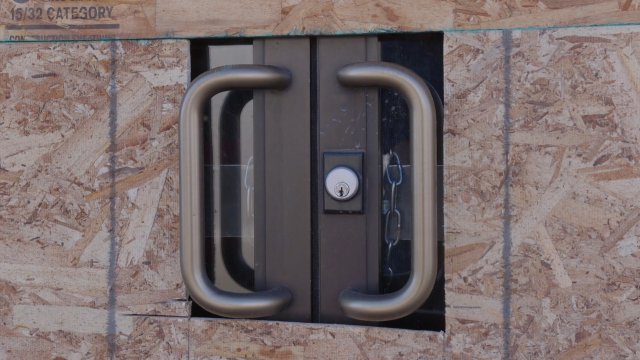 The new CARE Act provides unemployed workers with relief from immediate economic pain, but is it the right solution for the long run?

"I have stuff saved up," said Justine Center of Freehold, New Jersey, one of the newly unemployed. "But certainly not enough on barely over a minimum-wage salary."

Across the country, the surge in job losses is overwhelming unemployment offices that were not prepared to process so many new claims. In Washington, D.C., Mayor Muriel Bowser said, "We were able to procure a call center, and they have started either today or they will start this week."

"I have not yet heard back," Center said. "I've been checking, but I'm sure they're overwhelmed with many people. So I'm being patient with that."

The new stimulus package will extend unemployment benefits and make those available to more people — but economist Pavlina Tcherneva said the damage to the economy is going to require a totally different approach.

"It will be a way of maybe reducing the hemorrhage. But we need to think bigger and bolder to deal with this moment," Tcherneva said.

What does that mean? Well, think Great Depression-style work programs. But instead of Rosie the Riveter, she’d be more like Maria the Mask-maker.

"So, you know, whether it is production of vital equipment and medication, we really need to start thinking about concrete policies to crank up the sectors that are necessary to produce the medication, the vaccines, whatever is necessary to address the health care problem," Tcherneva said.

Unemployment insurance is not going to address the long tail of massive job losses, she said.

"I call unemployment a quiet and silent epidemic, not just because, you know, one person was unemployed, kind of throws another one out of work unintentionally, but because we have very good research that tells us that unemployment brings big costs to families, to communities, and not just to the unemployed, but their children and their spouses. So, you know, it's not an exaggeration to say that unemployment is deadly," Tcherneva said.

She says there's no shortage of work that needs to be done.

"We can put our resources to rebuild our infrastructure, employ folks, do some real good when this is all over," Tcherneva said.