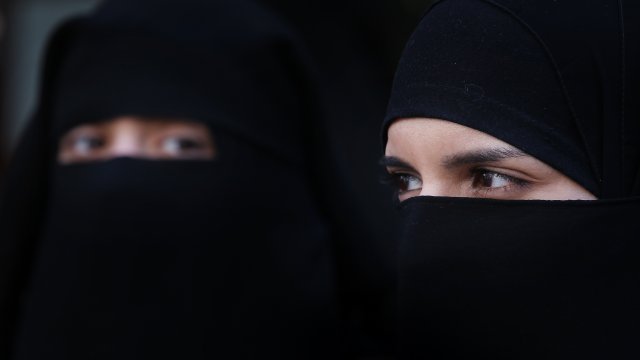 A ban on face-covering veils and clothing in some public places went into effect in the Netherlands Thursday. But almost immediately, the new law was deemed "unworkable" because authorities are refusing to enforce it.

The legislation, which was approved by Dutch lawmakers last year, bars burqas, niqabs, balaclavas, ski masks and full-face helmets in public buildings — like schools and hospitals — and on public transportation.

Anyone caught violating the ban is supposed to face a fine. But police, hospitals and public transportation employees told reporters enforcing the new law isn't a priority for them.

A spokesperson for the public transport sector was quoted as saying: "If a person wearing a burqa or a niqab is challenged trying to use a service, our staff will have no police backup to adjudicate on what they should do. It is not up to transport workers to impose the law and hand out fines."

The Netherlands is the latest European country to implement legislation like this. Denmark, France, Belgium, Bulgaria and Austria all have bans against face coverings in public places.