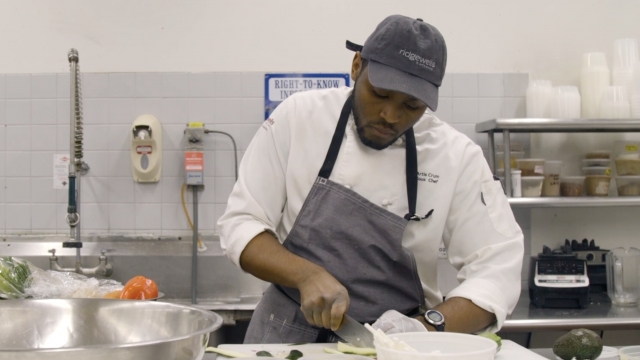 "About 30 percent of our business is federal work," said Susan Lacz who is president and CEO of Ridgewells Catering in Bethesda, Md.

"Not so much the federal employees but what goes on around the government. "So, January is generally a very slow month for us. [Our] business is down on capitol hill," Lacz added. "We are a partner and do the exclusive catering down at the House of Representatives so we're down about 50 percent."

As the partial government shutdown continues to drag on small business owners are starting to feel the impacts. Susan Lacz's business has been a staple in the DC area for nearly 90 years.

Shutdowns have a huge effect on the economy in the capital region since the area has one of the highest concentrations of government workers.

Just over  15 percent of the civilian federal workforce is located in the Washington DC area. That's 282,000 federal employees.

When federal employees don't get paid or museums and government buildings close, it has a significant impact on tourism and the food and service industry.

"Now as we look forward to different events that are happening in February at the Smithsonian, we're hoping to relocate them," Lacz said. "We're actively searching for other locations outside of the Smithsonian to not lose that business totally."

During the 2013 government shutdown, the D.C. region lost about $400 million per week in economic activity.

Lacz and other business leaders hope those in power can work together to end the shutdown.

"I just hope that they could sit down, get around the table, lets mix up the seats lets everybody cross the aisle and sit down and talk about what they can do to resolve this situation," Lacz said.  [Although] we've got some leaders at the top that apparently seem to be very stubborn, there's people, the American people need to get back to work and keep going."