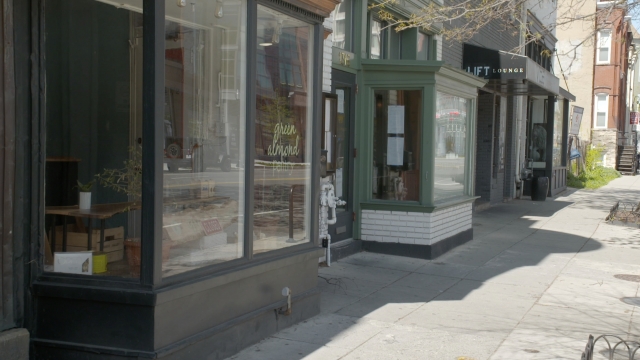 Small business owners say the rollout of a new federal loan program was plagued by confusion and frustration.

"The bank can't or won't process it, and nobody seems to know what to do. It's extremely frustrating," said Philip Holloway, a small business owner.

The SBA started accepting applications for PPP loans on April 3, but not all of the nation's banks were ready to go.

"The money itself is first come, first serve money, which is why I've been preparing all week to make sure that I don't get left high and dry," Holloway said.

Despite his preparations, Holloway wasn't able to apply on day one. His bank told him it was "working diligently to open up [its] application" to more clients.

And Holloway isn't alone. While many community banks were ready to take applications on Friday, some of the country's biggest financial institutions were not. Those that were limited who could apply.

Bank of America, for example, started accepting applications Friday morning, but only from small business clients with existing borrowing relationships. A bank spokesman told Newsy that eligibility requirement allowed it to process applications faster. And in the first 24 hours, Bank of America processed 106,000 applications that included more than $26 billion in loan requests.

Over the weekend, Bank of America and others started accepting applications from a larger pool of small business customers. That gradual expansion at Holloway's bank eventually allowed him to apply for a PPP loan on Sunday.

But banks and the federal government are still working out the kinks for these new coronavirus relief loans. Holloway says he's going to do whatever he can to make sure this becomes a teachable moment.