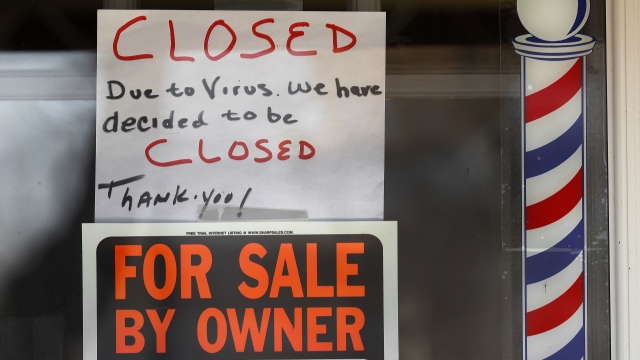 The government just pumped hundreds of billions of dollars more into a loan program for small businesses. But is it nearly enough?

The Small Business Administration started accepting applications Monday for the second round of Paycheck Protection Program, or PPP, funds.

Rebeca Romero Rainey, the head of the Independent Community Bankers of America, released a statement Monday saying, in part, "After working tirelessly to get ready for the second round of PPP funding for their customers and communities, most community banks found themselves continually kicked out of the E-Tran system this morning after the program’s relaunch went live."

The SBA told Newsy in a statement, "Currently, there are double the number of users accessing the system compared to any day during the initial round of PPP. SBA is actively working to ensure system security and integrity while loan processing continues."

After a first round that quickly ran dry and left loans in the hands of massive corporations, small business owners were skeptical another pool of funding would be enough.

"We are at least $500 billion to $1 trillion short of what small business owners actually need," Barry Moltz, a small business expert and consultant, said.

With the second round of funding, the Treasury Department reserved $60 billion for small lenders and capped borrowing at $60 billion per lender.

But since lenders kept taking applications after the first pool of funds ran out, there was a large backlog.

"Undoubtedly, there is not enough money to go around," Moltz said. "The other problem really was there was no rhyme or reason I can find why certain companies got it over other companies."

As of Monday afternoon, the SBA said it had processed more than 100,000 loans with more than 4,000 lenders. It did not say how much money remained in the PPP.