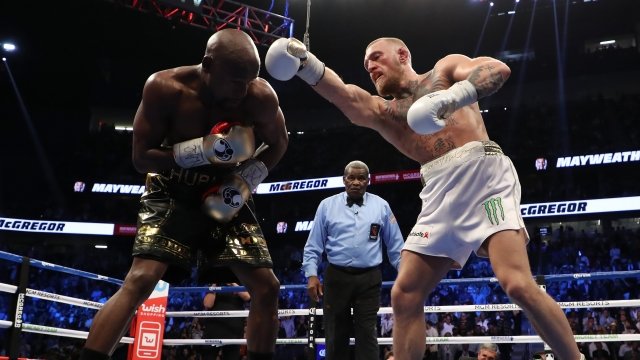 SMS
Showtime Is Issuing Refunds For Faulty Mayweather-McGregor Streams
By Newsy Staff
By Newsy Staff
August 28, 2017
The pay-per-view broadcaster is giving a "full refund" to paying fans who missed the big fight — but only some customers are eligible.
SHOW TRANSCRIPT

If your $99 stream of the Floyd Mayweather-Conor McGregor fight didn't work, you might be getting your money back.

Showtime, the fight's pay-per-view broadcaster, said in a statement Monday it will give "a full refund" to fans who paid to stream the big fight on one of the network's platforms but couldn't actually view it.

This comes after a frustrated fan in Oregon filed a class-action lawsuit against Showtime. He says his stream kept buffering and the video was "grainy," even though the network advertised it would be in high definition.

Not everyone who had issues watching the fight is getting a refund, though. 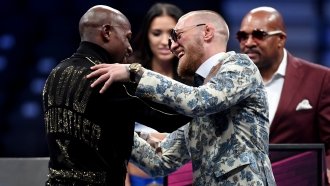 The bout was made available in a few different places. It was for sale straight from Showtime, from the UFC's streaming service and from cable providers like Comcast or Time Warner.

This new lawsuit, and the refund, only apply to folks who watched the fight on Showtime's website or app.

And it shouldn't put too big of a dent in the fight's staggering revenue. The so-called "Money Fight" is expected to make roughly $700 million, the lion's share of which will come from pay-per-view buys.