Gerrymandering Is Absolutely Unfair, But Should SCOTUS Get Involved? 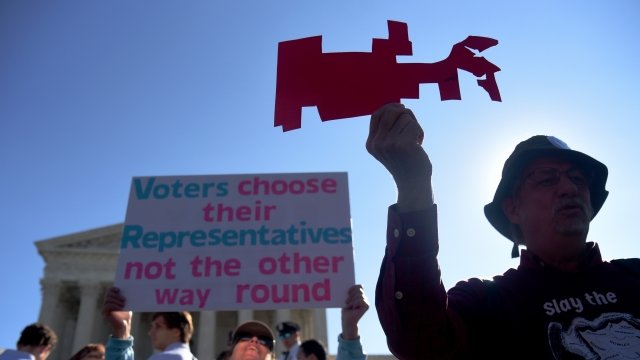 SMS
Gerrymandering Is Absolutely Unfair, But Should SCOTUS Get Involved?
By Cliff Judy
By Cliff Judy
June 13, 2018
The court typically wants nothing to do with cases that could paint it as a political actor ... and for good reason.
SHOW TRANSCRIPT

It's the practice of drawing voting districts that gives one person's vote more weight than another's. And while that sounds blatantly unfair, gerrymandering is as old as the republic itself   — it was used in the the very first congressional elections for a seat in Virginia.

The Supreme Court heard two cases in the past year — Gill v. Whitford out of Wisconsin and Benisek v. Lamone out of Maryland — that could create a landmark standard for partisan gerrymandering.

But is intervening in partisan districting a move that could paint the nation's highest court as a political actor?

In Newsy's ongoing series "Ask the Experts," Professor Jay Dow of the Kinder Institute on Constitutional Democracy says that's a possible side effect that could make the cure worse than the disease.