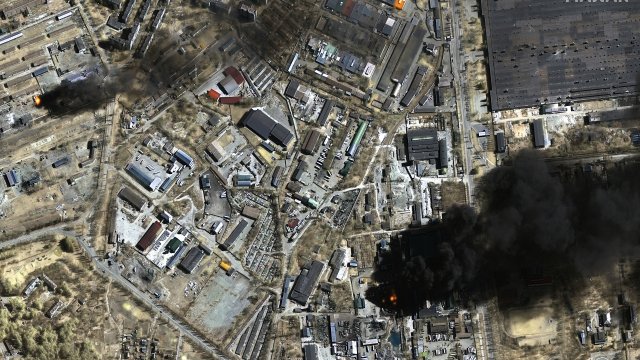 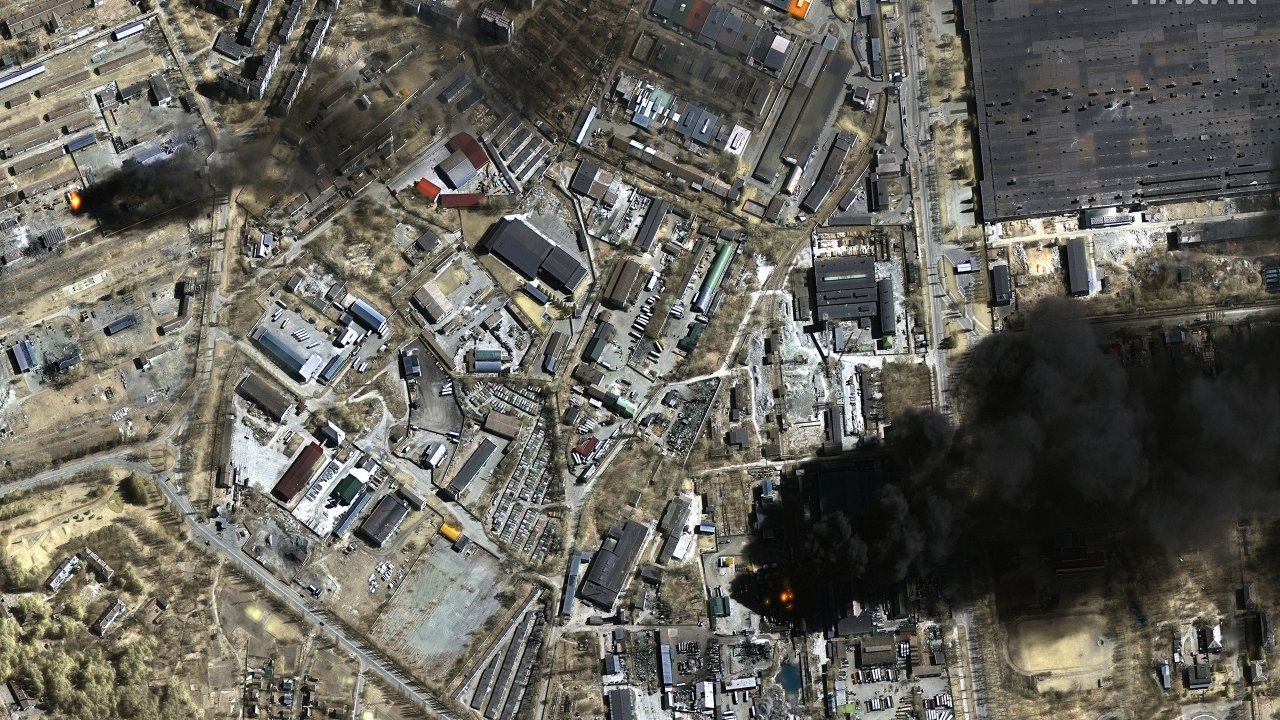 Nights are spent huddling underground from Russian strikes pounding their encircled city into rubble. Daylight hours are devoted to hunting down drinkable water and running the risk of standing in line for the little food available as shells and bombs rain down.

This is what now passes for life in Chernihiv, a city in northern Ukraine where death is everywhere. It isn't — yet — quite as synonymous with atrocious human suffering as the pulverized southern city of Mariupol has become in the 31 days since Russia invaded Ukraine.

But similarly besieged, blockaded and pounded from afar by Russian troops, Chernihiv's remaining residents are terrified that with each blast, each bomb and every additional body that lies uncollected on the streets, they're caught in the same macabre trap of unescapable killings and destruction.

"In basements at night, everyone is talking about one thing: Chernihiv becoming (the) next Mariupol," said 38-year-old resident Ihar Kazmerchak, a linguistics scholar.

He spoke to The Associated Press by cellphone, amid incessant beeps signaling that his battery was dying. The city is without power, running water and heating. At pharmacies, the lists of medicines no longer available grow longer by the day.

Kazmerchak starts his day in long lines for drinking water, rationed to 10 liters per person. People come out with empty bottles and buckets for filling when water-delivery trucks make their rounds.

"Food is running out, and shelling and bombing doesn't stop," he said.

On Wednesday, Russian bombs destroyed Chernihiv's main bridge over the Desna River on the road leading to Kyiv, Ukraine's capital; on Friday, artillery shells rendered the remaining pedestrian bridge impassable, cutting off the last possible route for people to get out or for food and medical supplies to get in.

Refugees from Chernihiv who fled the encirclement and reached Poland this week spoke of broad and terrible destruction, with bombs flattening at least two schools in the city center and strikes also hitting a stadium, museums, kindergartens and many homes.

They said that with utilities knocked out, people are taking water from the Desna to drink and that strikes are killing people while they wait in line for food. Volodymyr Fedorovych, 77, said he narrowly escaped a bomb that fell on a bread line he had been standing in just moments earlier. He said the blast killed 16 people and injured dozens, blowing off arms and legs.

So intense is the siege that some of those trapped cannot even muster the strength to be afraid anymore, Kazmerchak said.

"Ravaged houses, fires, corpses in the street, huge aircraft bombs that didn't explode in courtyards are not surprising anyone anymore," he said. "People are simply tired of being scared and don't even always go down to the basements."

Just over a month into the invasion, Russia's attack has slowed into a grinding war of attrition as its military tries to pound cities like Chernihiv into submission. Bombings of hospitals and other non-military sites, such as the Mariupol theater where Ukrainian officials said a Russian airstrike is believed to have killed some 300 people last week, have given rise to war crime allegations.

Questions about the future direction of Russia's offensive surfaced Friday when a high-ranking military official said the main objective of the first stage of the operation — reducing Ukraine's fighting capacity — had "generally been accomplished." Col.-Gen Sergei Rudskoi, deputy chief of the Russian general staff, said Russian forces could now focus on "the main goal, the liberation of Donbas."

Donbas is the largely Russian-speaking eastern region where Russian-backed separatists have been fighting Ukrainian forces since 2014 and where many residents desire close ties to Moscow. Mariupol is located there, although outside of the two territories controlled by the separatists.

U.S. officials said Russian troops appeared to have halted for now their ground offensive aimed at capturing the capital, Kyiv, and were concentrating more on gaining control of the Donbas region in the country's southeast.

However, British defense officials reported Saturday that the Russian military continues to besiege a number of other major Ukrainian cities, including Chernihiv, which is located 91 miles from Kyiv.

"It is likely Russia will continue to use its heavy firepower on urban areas as it looks to limit its own already considerable losses, at the cost of further civilian casualties," the U.K. Ministry of Defense said in its latest intelligence briefing on the war.

Ukrainian President Volodymyr Zelenskyy, appearing by video-link at Qatar's Doha Forum, on Saturday compared the destruction of Mariupol to the Syrian and Russian destruction wrought on the city of Aleppo.

"They are destroying our ports," Zelenskyy said. "The absence of exports from Ukraine will deal a blow to countries worldwide."

He called on countries to increase their exports of energy to give European nations an alternative to Russian oil and gas.

"The future of Europe rests with your efforts," he said.

In Chernihiv, hospitals are no longer operating, and residents cook over open fires in the street because the power is out.

Chernihiv Mayor Vladyslav Atroshenko has said that more than half of the city's 280,000 residents fled amid the unrelenting attacks.

It has been impossible to count the dead, but Atroshenko estimated the figure was "in the hundreds."

Located only about 45 miles from the border with Belarus on the road to Kyiv, Chernihiv was attacked in the early days of the war and encircled by Russian troops this month, but its defenders so far have prevented a takeover.

"Chernihiv has become a symbol of the Russian army's failed blitzkrieg, in which the plan was to take the city over in one day and advance towards Kyiv," Mykola Sunhurovskyi, a military analyst at the Kyiv-based Razumkov Center think tank, said.

Ever since a Russian bomb hit a Stalin-era movie theater next to his 12-story residential building, Kazmerchak has been spending his nights in a bomb shelter. A Russian missile also destroyed the hotel not far from his house.

"The walls were shaking so much," he said. "I thought my house would collapse any minute and I would be left under the rubble."