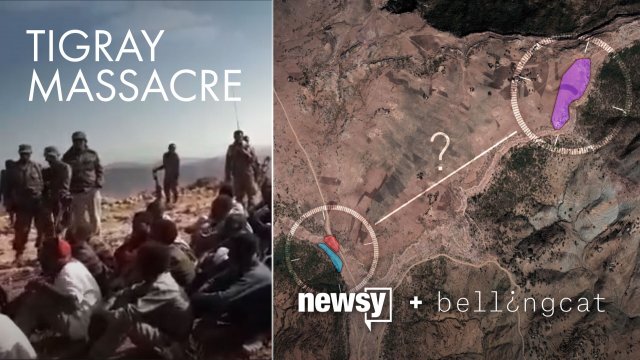 For the first time, we've located the precise spot of a recent mass killing of civilians in Tigray based on videos that surfaced online this month.

This report is in partnership with Bellingcat and working with investigators from BBC Africa Eye.

Ethiopia's northern Tigray region is plunging further into a bloody months-long conflict — over territory that's home to millions of people. And as it drags on, more evidence of war crimes is starting to surface.

Together with investigators from BBC Africa Eye and Bellingcat, Newsy examined a series of videos that first showed up in early March. In them, soldiers are seen executing a group of unarmed people. By listening to and locating these videos, we can gain a better understanding of where exactly this took place and who might be responsible. We'll show you how in this investigation.