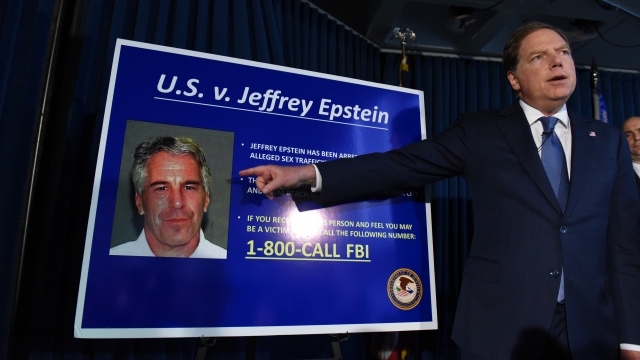 SMS
Jeffrey Epstein Denied Bail In Federal Sex Trafficking Case In NY
By LeeAnne Lowry
By LeeAnne Lowry
July 18, 2019
The judge sided with prosecutors after they argued that Epstein was a flight risk due to his wealth and influence.
SHOW TRANSCRIPT

Earlier this week, Epstein's lawyer said his client was willing to pay up to $100 million in bail to live under house arrest in his $77 million townhouse pending trial.

Federal prosecutors, as well as two of Epstein's accusers, urged Judge Richard Berman to deny his release from jail. Berman sided with prosecutors after they argued that due to Epstein's wealth and influence, he might try to flee the country or tamper with the investigation if he got bail.

Epstein's case has drawn attention because over a decade ago he spent 13 months in jail over similar allegations. He was allowed to leave for up to 12-hours at a time under a controversial work-release program. Last week, Labor Secretary Alexander Acosta resigned over terms of the plea deal he struck with Epstein when he was serving as the U.S. Attorney for the Southern District of Florida.