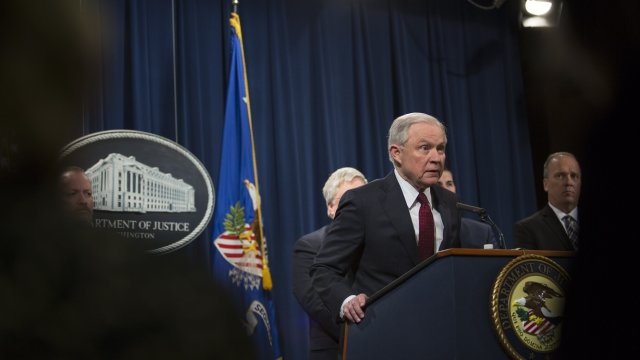 U.S. Attorney General Jeff Sessions is calling for a new zero-tolerance policy for prosecutions along the southwest U.S.-Mexico border.

In a memo, Sessions ordered U.S. attorney's offices along that part of the border to immediately adopt the policy for all criminal immigration offenses.

The announcement comes after President Donald Trump said he was considering deploying the National Guard to the U.S.-Mexico border until his wall project is finished. The U.S. Department of Homeland Security said the agency saw illegal border crossings increase by over a third from February to March this year.