'Sesame Street' To Feature Character Who Is Homeless 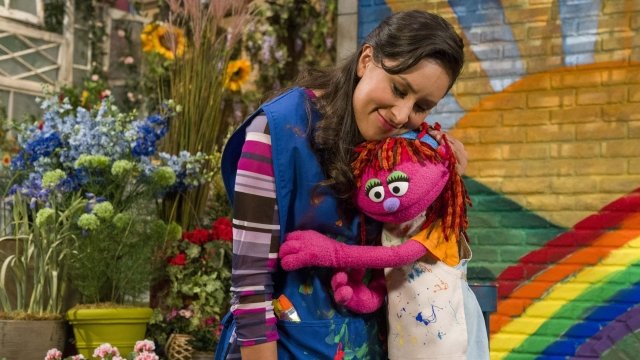 SMS
'Sesame Street' To Feature Character Who Is Homeless

By Andrea Gonzales
December 12, 2018
The non-profit group behind the show announced an initiative around Lily's storyline that aims to destigmatize homelessness.
SHOW TRANSCRIPT

'Sesame Street' added an unprecedented storyline to a Muppet named Lily, who is experiencing a problem the show says is "steadily growing" among children in the U.S.

"We don't have our own apartment anymore, and we've been staying in all different kinds of places," Lily, the Muppet, said.

For the first time, the beloved children's show will feature a character who is homeless. Lily has appeared on the show before, as someone who did not have enough to eat.

Sesame Workshop, the non-profit group behind the show, announced an initiative around Lily's storyline that aims to destigmatize homelessness and the traumatic impact it has on children. It includes videos, books and activities for kids. It also has resources for professionals supporting children and an online platform for discussions surrounding the issue.

More than 1.3 million students experienced homelessness at some point during the 2016 school year, according to 2017's Annual Homeless Assessment Report. Their report said it was a 3 percent increase from the school year before.