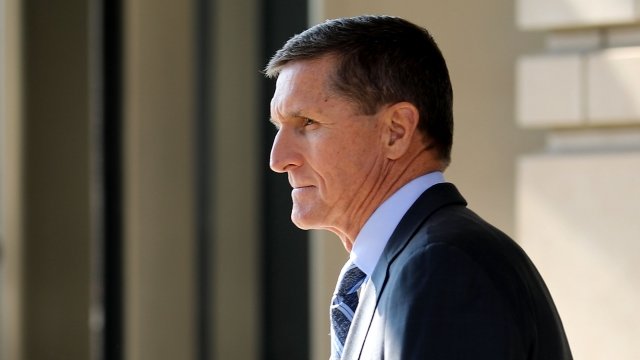 Michael Flynn was set to be sentenced Tuesday, but with the possibility of his cooperation continuing, the judge urged the defense to delay.

Flynn pleaded guilty to lying to the FBI more than a year ago. But because of his ongoing cooperation with special counsel Robert Mueller's investigation, his sentencing has been delayed multiple times. And in court Tuesday, both sides agreed that some cooperation could continue.

Despite that, it looked like the sentencing was actually going to happen Tuesday. Mueller's team had recommended little to no jail time for Flynn, but the judge appeared to disagree with that assessment.

In court, Judge Emmet Sullivan stressed the seriousness of Flynn's actions, and he seemed to reference crimes Flynn admitted to but wasn't charged with. The judge told him, "Arguably you sold your country out."

Sullivan told the defense that he couldn't guarantee a sentence with zero jail time today. He offered to delay again to wait until Flynn was completely done helping Mueller's investigation. Every bit of help could effectively shorten the sentence Flynn gets.

Ultimately, the defense took him up on that offer. Both sides will need to update the judge on the status of the case in March.