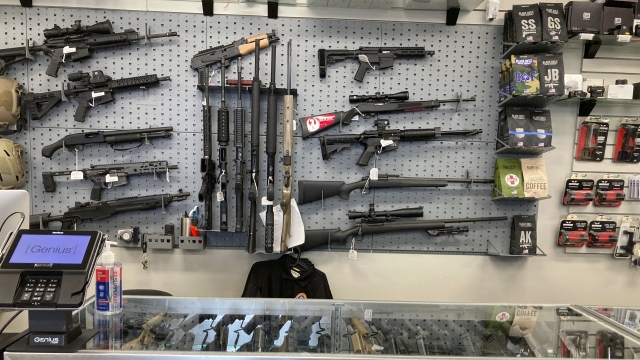 SMS
Senators Signal Some Bipartisanship On Gun Reform
By Newsy Staff
By Newsy Staff
March 29, 2021
President Biden is calling for a ban on assault weapons, and wants Congress to close loopholes in the background check system.
SHOW TRANSCRIPT

There could be some bipartisan support growing for gun reform, especially after the recent attacks.

Speaking with NBC's "Meet the Press," Republican Sen. Pat Toomey of Pennsylvania said the most realistic way that could happen is if the reform is focused on background checks for commercial gun sales.

"Between the sales that already occur at licensed firearm dealers, all of which consider a background check, and what we consider commercial sales, advertising sales, gun shows on the internet, that covers a vast, vast majority of all transactions and it would be progress if we had background checks for those categories," he said.

President Biden is calling for a ban on assault weapons, and he wants Congress to close loopholes in the background check system.