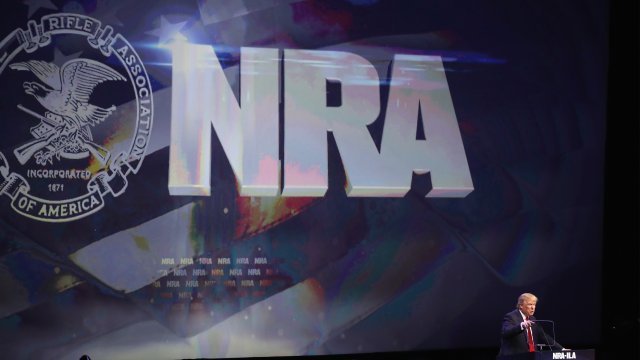 The top Democrat on the Senate Finance Committee is demanding the National Rifle Association provide a detailed account of how it spent its foreign donations over the past three years.

Sen. Ron Wyden made that demand in a letter obtained by NPR dated Tuesday. It came after the NRA said it receives money from foreign entities but doesn't use it for election purposes.

It's not illegal for the NRA to take money from foreign entities as long as it doesn't spend it on election work.

The organization spent more than $30 million on the Trump campaign, and its political spending has been under heightened examination after a report in January said the FBI is investigating whether a Russian banker with close ties to the NRA funneled it money illegally.

NPR reports: "The NRA is not required to be transparent about how money moves among its various political entities." And many of the NRA's donors are unnamed.

So tracking down where its money is coming from and where it's going could become a pretty tricky task.