McConnell To Senators: Plan To Be In DC During Most Of August Recess 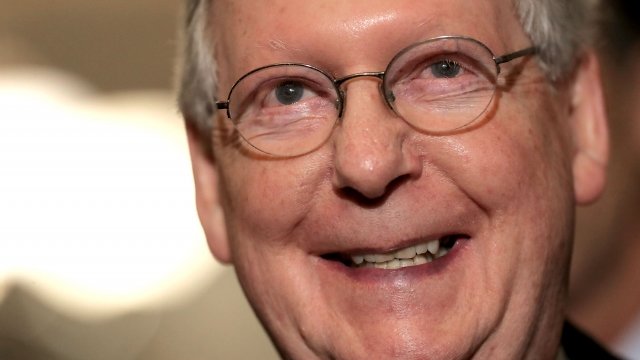 Majority Leader Mitch McConnell wants to confirm the president's nominees and pass a funding bill ahead of a September deadline.

The Senate will stay in session during the majority of its regularly scheduled August recess. Majority Leader Mitch McConnell announced his decision on Tuesday.

My statement on cancelling the August recess: pic.twitter.com/yyAEUSMVQW

McConnell said he wants to keep senators in D.C. to confirm President Donald Trump's nominees and pass certain legislation, including a spending bill ahead of a September deadline.

But the shortened recess will have an additional impact: shortening several Democrats' trips home to campaign for the midterms later this year.

There are 26 Democrats and independents up for re-election this year, 10 of them in states Trump won. Compare that to nine Republicans nearing the end of their current terms, and only one in a state that went blue in 2016.