Senate To Vote On Competing Bills To Reopen Government 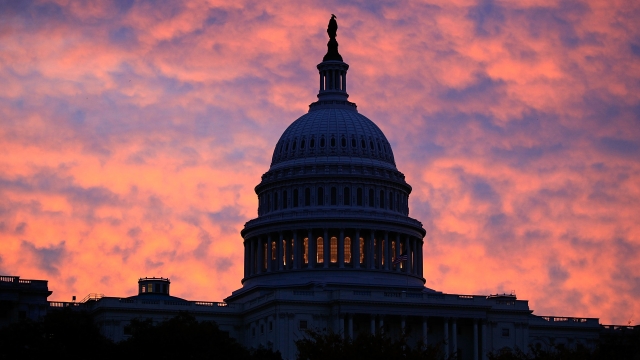 SMS
Senate To Vote On Competing Bills To Reopen Government
By Katie Cammarata
By Katie Cammarata
January 23, 2019
It's the first move the upper chamber has made to reopen the government since it shut down Dec. 22.
SHOW TRANSCRIPT

The Senate is set to vote on two competing bills Thursday that aim to reopen the government. Both measures are expected to fail.

It's the first move the upper chamber has made to reopen the government since it shut down Dec. 22.

One of the proposals is in line with what President Donald Trump put on the table during a national announcement Saturday. The bill would expand some protections for some immigrants in the U.S. in return for $5.7 billion to fund a border wall. Democrats have called the offer a "non-starter."

The other measure that's up for a vote Thursday is a Democratic short-term spending bill — which has already passed in the House — that would temporarily reopen the government until Feb. 8. It doesn't include any border wall funding, but it would designate money for disaster relief. That bill is unlikely to pass in the Republican-controlled Senate.

If the first proposal makes it through the upper chamber, it'll head back to the House for a vote. And if the short-term spending bill passes, it'll be placed on the president's desk for the final stamp of approval.