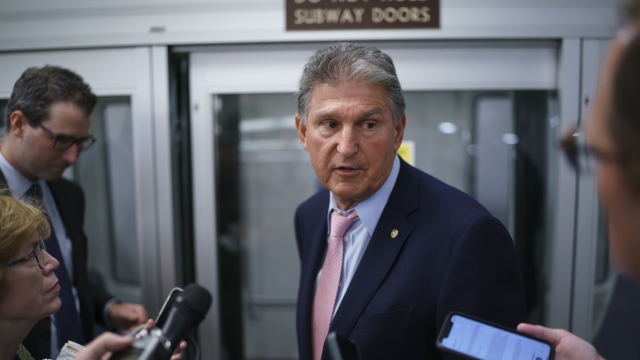 Senate Majority Leader Chuck Schumer says the Senate will hold a procedural vote Tuesday on the "For the People Act."

But, right now, it doesn't have the 60 votes needed to clear a Senate procedural vote.

"It's a solution in search of a problem. I've taken a look at all these new state laws and none of them are designed to suppress the vote. And there is no rational basis for the federal government trying to take over all of American elections," said Senate Minority Leader  Mitch Mcconnell.

Democratic Senator Joe Manchin doesn't support the bill as written but he's offered a series of compromises. According to the list obtained by Politico Manchin supports parts of the bill like expanding early voting and banning partisan gerrymandering.

But he wants a national voter ID law that allows alternative forms of IDs like utility bills.  He supports automatic voter registration through DMVs, making election day a public holiday and requiring presidential and vice presidential candidates to disclose their tax returns.

Stacey Abrams — who founded a group aimed at combating voter suppression — says she'd be on board.

So unless Democrats change the filibuster ... it's unlikely the bill will pass.