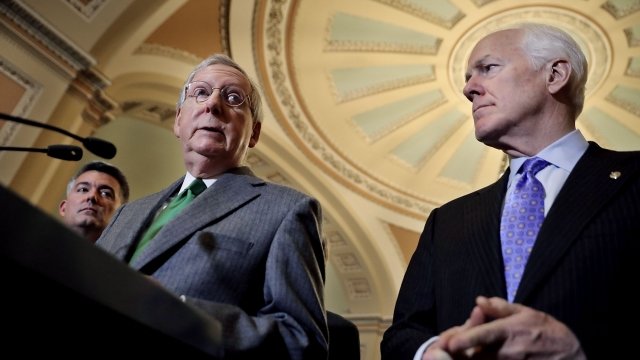 Senate Republicans unveiled a new tax plan Thursday as the party looks for its first major legislative victory this year.

This is separate from the Tax Cuts and Jobs Act plan House Republicans released last week. That bill passed out of committee Thursday.

The Senate version also restores some key deductions for things like medical bills and student loan interest, which the House bill cut.

The Senate GOP's plan wants to boost the child tax credit to $1,650. That's $50 more than the House proposal and over 60 percent greater than the current law.

One potentially contentious difference between the two bills is the approach to the corporate tax rate.

Both bills propose reducing the corporate tax rate to 20 percent. The Senate bill delays that change until 2019. The House bill puts the lower tax rate in place next year, which is what President Donald Trump wants.

One reason Senate Republicans are pushing for a delay is its effect on the deficit. In order to avoid a filibuster from Senate Democrats, their tax plan can't raise the federal deficit by more than $1.5 trillion over the next 10 years. 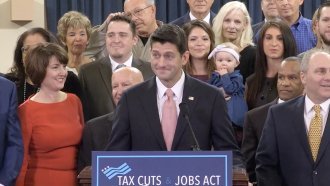 Both the House and Senate proposals will likely undergo changes. If both bills pass their respective chambers, lawmakers will have to reconcile the differences and agree on the same bill before it would reach the president's desk.