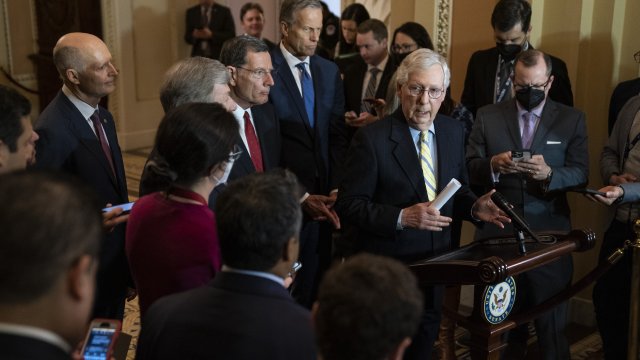 Republicans blocked a Democratic attempt Tuesday to begin Senate debate on a $10 billion COVID-19 compromise, pressing to entangle the bipartisan package with an election-year showdown over immigration restrictions that poses a politically uncomfortable fight for Democrats. 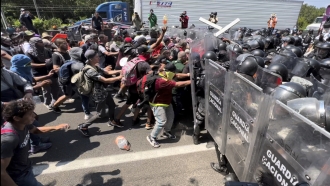 A day after Democratic and GOP bargainers reached agreement on providing the money for treatments, vaccines and testing, a Democratic move to push the measure past a procedural hurdle failed 52-47. All 50 Republicans opposed the move, leaving Democrats 13 votes short of the 60 they needed to prevail.

Hours earlier, Republicans said they'd withhold crucial support for the measure unless Democrats agreed to votes on an amendment preventing President Joe Biden from lifting Trump-era curbs on migrants entering the U.S. With the president polling poorly on his handling of immigration and Democrats divided on the issue, Republicans see a focus on migrants as a fertile line of attack.

At least 10 GOP votes will be needed in the 50-50 Senate for the measure to reach the 60 votes it must have for approval. Republicans could withhold that support until Democrats permit a vote on an immigration amendment.

President Biden and Senate Majority Leader Chuck Schumer want Congress to approve the pandemic bill before lawmakers leave in days for a two-week recess. Tuesday's vote suggested that could be hard.