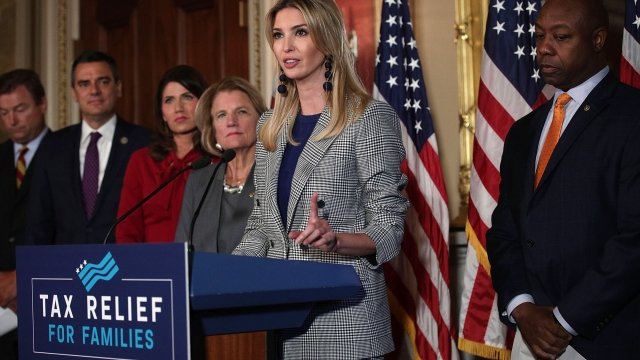 SMS
Senate's Proposal To Double The Child Tax Credit Has Some Blind Spots
By Casey Mendoza
By Casey Mendoza
November 15, 2017
The proposal doubles the current child tax credit to $2,000, but it still doesn't make it very refundable.
SHOW TRANSCRIPT

Raising children is expensive, but some lawmakers hope to offset that cost with an increased tax credit.

Ivanka Trump is a notable advocate for doubling the child tax credit. Earlier this fall, she said it would help parents afford the rising costs of raising and caring for children.

According to a report from the Department of Agriculture, a child born in 2015 could cost middle-income, married-couple families well over $200,000. That doesn't include college or other expenses after the child turns 17. 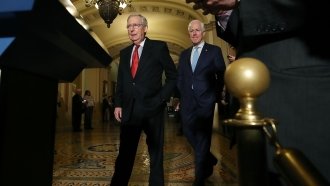 Despite the support for an increased child tax credit, there may still be some blind spots. For example, the proposed credit is temporary and doesn't take into account inflation and wage growth. That's something tax payments and old-age entitlement programs do.

And while the proposal expands credit eligibility to higher-income households, it doesn't expand refundability much — which is something lower-income families could benefit from.