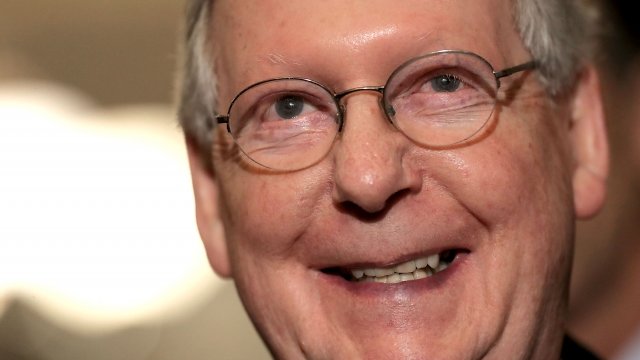 The Republican tax plan has passed the Senate and will now go to conference with the House before landing on President Trump's desk.

Debate on the bill started Wednesday after a party-line vote. That gave senators 20 hours to make any amendments needed to get the bill passed.

Almost all of the final Republican holdouts announced their support for the bill after a raft of late changes were added, including property tax deductions and higher pass-through deductions.

The bill is the first substantial change to the tax code in decades, and the first major legislative victory for President Donald Trump and his administration.

The House of Representatives passed its version of the tax bill in early November. But the Senate GOP struggled to do the same, hitting roadblocks on things like a late addition that would effectively eliminate the Obamacare individual mandate.

Now that both chambers have passed their own version of the bill, each will have to approve the same bill. That means the House can vote on the bill passed in the Senate, or both sides will negotiate and hammer out a conference bill.

The congressional nonpartisan Joint Committee on Taxation released its findings on the Senate tax plan as Senate Republicans were gathering votes.

Sending the bill to Trump's desk will require that bill to get at least 50 votes in the Senate and 218 votes in the House.