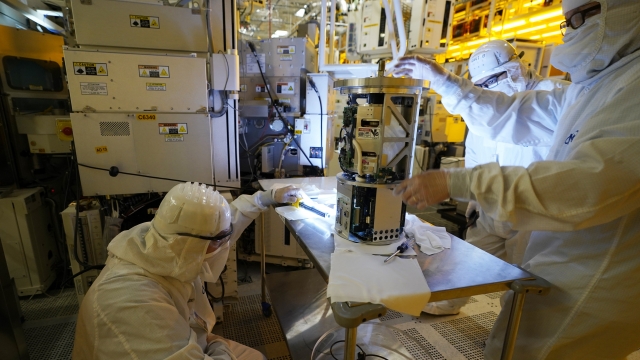 A bill designed to encourage more semiconductor companies to build chip plants in the United States passed the Senate on Wednesday as lawmakers raced to finish work on a key priority of the Biden administration.

The $280 billion measure, which awaits a House vote, includes federal grants and tax breaks for companies that construct their chip facilities in the U.S. The legislation also directs Congress to significantly increase spending on high-tech research programs that lawmakers say will help the country stay economically competitive in the decades ahead.

Senate passage came by a 64-33 vote. The House vote is expected later this week as lawmakers try to wrap up business before returning to their home states and districts in August. House Speaker Nancy Pelosi, has said she is confident there is enough support in the House to pass the bill before the upcoming recess.

Proponents of the legislation say other countries are spending billons of dollars to lure chipmakers. Backers say the U.S. must do the same or risk losing a secure supply of the semiconductors that power automobiles, computers, appliances and some of the military's most advanced weapons systems.

Senate Majority Leader Chuck Schumer, said the bill represented one of the nation's largest investments in science and manufacturing in decades and that with the Senate's approval, "we say that America's best years are yet to come."

Opponents have been critical of the bill's price tag. It is projected to increase federal deficits by about $79 billion over 10 years.

President Joe Biden on Monday said semiconductors were "the building blocks for the modern economy" and he asked Congress to move quickly on the legislation. At a virtual roundtable with members of his administration and industry leaders, President Biden said a shortage of semiconductors was the primary driver of rising automobile costs, a core component of the inflation gripping the country.

President Biden said the U.S. relies on Taiwan for the production of the most advanced chips and that China was also starting to move ahead of the U.S. on the manufacturing of such chips.

"America invented the semiconductor. It's time to bring it home," President Biden said.