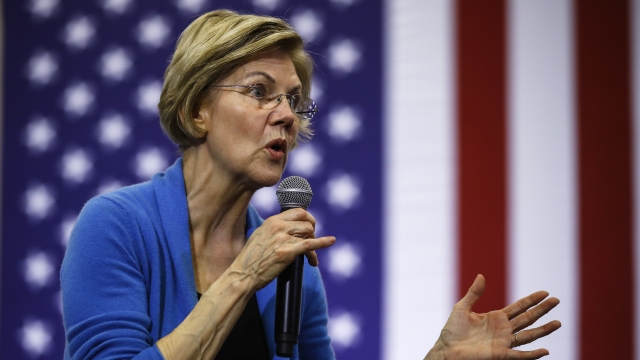 The proposal says the U.S. military would have to rename those military installations within three years.

A Republican-led Senate panel has passed an amendment that would rename military bases and other Pentagon assets named after Confederate leaders.

Under the proposed plan, which was introduced by Sen. Elizabeth Warren, the military would have to rename those installations within three years. Warren says the Defense Department would also be "required to remove all names, symbols, displays, monuments and paraphernalia that honor or commemorate the Confederate States" from all Pentagon assets. The Senate Armed Services Committee approved the plan on Wednesday as part of the National Defense Authorization Act.

In a tweet Thursday, Warren said: "Changing the names of our bases won't erase the history of slavery and legacy of white supremacy in the U.S. We're fighting for legislation, oversight, and accountability to root out systemic racism. But it's long past time to stop honoring this ugly legacy."

On Wednesday, President Donald Trump vowed not to rename military bases that commemorate Confederate leaders. The White House press secretary also said he will not sign any legislation that renames America's forts. When asked if he was concerned about the president's stance, a member of the Senate panel told reporters it was a step in the right direction.

Cities across the country have taken steps to remove Confederate symbols. The U.S. Navy and U.S. Marines have said they will ban the display of Confederate flags. And NASCAR banned the Confederate flag from its events or properties.

Defense Secretary Mark Esper and Army Secretary Ryan McCarthy have said they are open to a "bipartisan discussion" about renaming military bases that honor Confederate figures.