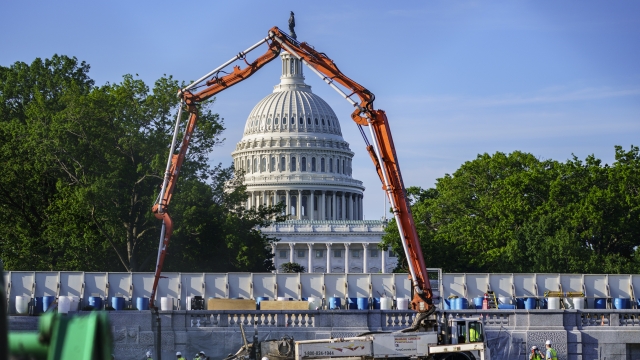 After a marathon rare weekend session, the Senate has finally finalized the finishing touches on a bipartisan infrastructure package.

The 2,700-plus page bill, officially titled the “Infrastructure Investment & Jobs Act,” is now facing an amendment process, as Senators from both parties seek to add provisions to the main bipartisan bill.

There’s already billions in new funding, including $110 billion for America's roads and bridges, $39 billion in funding for public transit, and $66 billion dollars for rail.

The bill also includes $65 billion for rolling out broadband internet to undeserved communities and $55 billion in funding for water infrastructure.

With such a high price tag, Republicans have been quick to tout the bill is funded without raising taxes.

Instead, it's paid for by a variety of sources, including repurposing over $200 billion in COVID-19 relief funding, and money from the 26 states that chose to end a federal $300 supplemental unemployment check early.

It will take days, if not weeks, for the public to read through thousands of pages to truly understand what's in it.