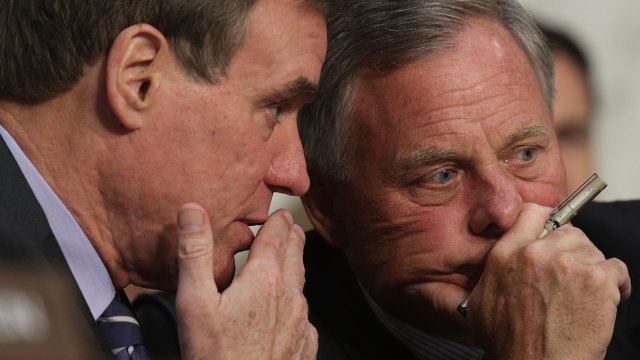 After weeks of questions, it appears members of the Senate intelligence committee will get to see James Comey's memos on his conversations with President Donald Trump.

Chairman Richard Burr told Politico on Wednesday he has "a commitment" that the members will be able to access the memos. We don't know who made that pledge.

Comey told the committee June 8 that the memos detail nine conversations he shared with Trump.

"I was honestly concerned he might lie about the nature of our meeting, and so I thought it really important to document," Comey told the committee. 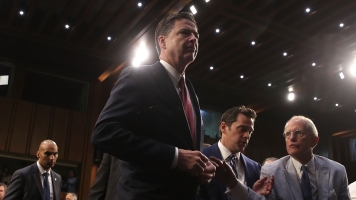 One memo details a conversation Comey had in the Oval Office on Feb. 14. Comey has said Trump told him that he hoped Comey would let go of the investigation into former national security adviser Michael Flynn. Comey said he took the comment "as a direction" that he didn't follow. Trump has denied requesting Comey drop the investigation.

The New York Times first reported the existence of memos May 16 — a week after Trump fired Comey. Comey told the Senate intelligence committee a tweet from Trump about possible "tapes" of their conversations compelled him to have a friend share the content of the Feb. 14 memo with the Times.

"I thought that might prompt the appointment of a special counsel," Comey said.

Trump has called Comey "a leaker," and Trump's attorney has questioned whether Comey's decision to share the information was "entirely retaliatory."

Multiple House and Senate committees have been asking for the memos — some for over a month.

"My thinking was if I write it in such a way that I don't include anything that would trigger a classification, that will make it easier for us to discuss within the FBI and the government and to hold onto it in a way that makes it accessible to us," Comey testified.

But the memos are now under the care of special counsel Robert Mueller, who's taken over the FBI's investigation into Russian meddling in the 2016 election. That probe may have kept the documents from being shared with the committees.

The FBI previously declined the House oversight committee's request for the memos, citing Mueller's recent appointment and the need to "ensure all relevant interest implicated by [the] request are properly evaluated."