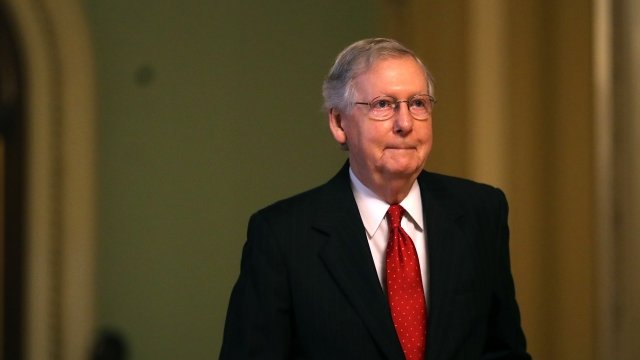 The Republican plan to repeal some parts of the Affordable Care Act, also known as Obamacare, has failed on the Senate floor in a dramatic vote early Friday morning.

The bill was rejected after three Republican Senators — John McCain, Lisa Murkowski, and Susan Collins — joined every Democrat and Independent senator to vote against it. Two of the GOP's other major proposals for repealing Obamacare were rejected earlier in the debate.

The "skinny repeal" would have axed the individual and employer mandates, which penalize people and companies that don't purchase insurance. It also would have postponed Obamacare's tax on medical devices, and blocked federal funds from going to abortion providers for one year. 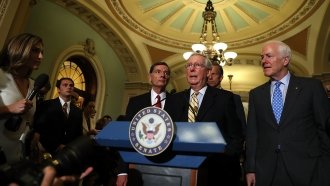 Senate Republicans Set Their Sights On A 'Skinny Repeal'

The Congressional Budget Office scored the bill hours before the vote, and found it would cut $184 billion from the federal deficit over the next 10 years.

After the vote, Senate Majority Leader Mitch McConnell called it a "disappointing moment," but said he's proud of his vote.

"I think the American people are going to regret that we couldn't find a better way forward. And as I said, we look forward to our colleagues on the other side suggesting what they have in mind," McConnell said.

Senate Minority Leader Chuck Schumer said he's looking forward to working with Republicans and getting back to "regular order."