Senate Confirms Kelly Craft As The Next U.N. Ambassador 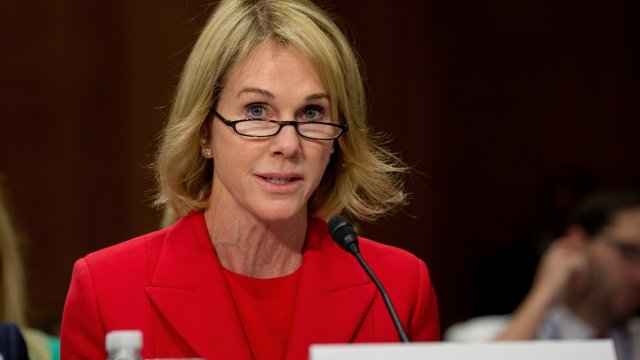 The Senate confirmed Kelly Craft as the new U.S. ambassador to the U.N. on Wednesday by a vote of 56-34.

Craft has served as U.S. ambassador to Canada since August 2017. She's taking over for previous U.N. ambassador Nikki Haley, who left the post at the end of December.

Democrats have criticized Craft over her past remarks on climate change. In 2017, she said "there are scientists on both sides that are accurate," even though the scientific community overwhelmingly agrees climate change is real. And in her confirmation hearing, Democrats also brought up reports that during her time as ambassador to Canada, Craft spent less than half her time in that country.

Craft said she spent her time outside of Canada advancing trade negotiations. She also promised to recuse herself from matters involving coal, since her husband is a coal executive.