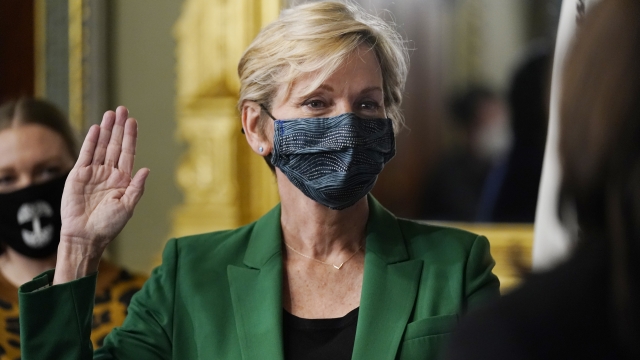 The Senate confirmed another member of President Biden's cabinet.

The Senate is expected to hold another cabinet confirmation vote Monday for President Biden's pick for education secretary, Miguel Cardona.

Tuesday, that same panel will hear from FBI Director Christopher Wray. He's scheduled to testify about the Jan. 6 attack on the Capitol, domestic terrorism and other threats. The Capitol attack is also the subject of a joint hearing Wednesday.

And we don't yet know the day yet, but the Senate is expected to vote on the confirmation of commerce secretary nominee Gov. Gina Raimondo next week.