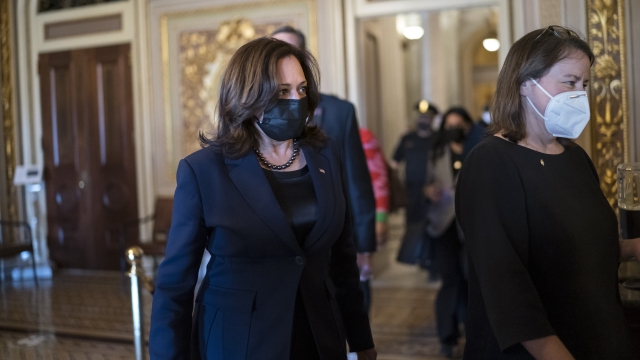 SMS
Senate Considering $1.9T COVID-19 Relief Bill
By Simon Kaufman
By Simon Kaufman
March 5, 2021
Congress plans to send the bill to the president's desk by the end of next week.
SHOW TRANSCRIPT

The Senate is now considering the $1.9 trillion COVID relief bill after Vice President Kamala Harris broke the tie on the vote to move forward.

It began the process yesterday afternoon and carried on until early this morning.

Senate clerks read all 628 pages of the bill aloud following a request from Republican Sen. Ron Johnson in an effort to delay approval.

Republicans say the bill is too expensive and covers too many nonCOVID issues.

Lawmakers did reach one compromise on direct payments — people earning more than $80,000 annually will no longer be eligible.

Congress plans to send the bill to the president's desk by the end of next week.