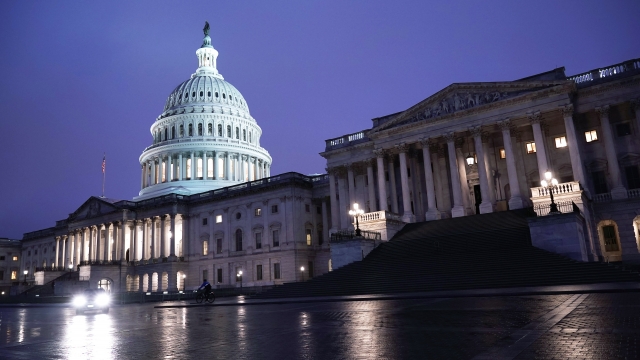 With Amy Coney Barrett’s confirmation process finished, both Houses of Congress are officially out until after the election.

Both parties insist negotiations are still ongoing, while trading blows on national television.

For months, House Speaker Nancy Pelosi, (D-Calif.), has been regularly speaking with Treasury Secretary Steven Mnuchin, negotiating on behalf of the White House, with neither side willing to be the first to give up.

Standing in the way: Senate Republicans, with GOP leadership telling reporters they’re unlikely to pass anything without a clear majority of their party’s support.

On Tuesday, President Trump blamed Nancy Pelosi for stalling relief, instead of reluctant Senate Republicans, and implied that a growing economy will cancel out the need for relief.

Still, Senate Majority Leader Mitch McConnell insists the Senate would vote if a deal were reached.

But after a fruitless summer and fall, with every passing day, the promise of ongoing negotiations sounds increasingly hollow.