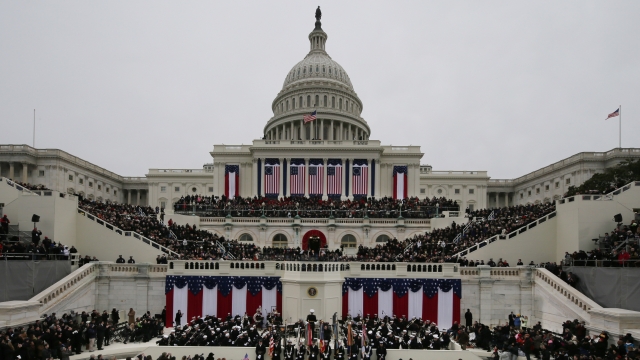 Missouri Sen. Roy Blunt, the chairman of the Joint Congressional Committee on Inaugural Ceremonies, sat down with Newsy to explain.

"It's a great symbol all over the world of what happens when democracy really works," Missouri Sen. Roy Blunt said of the presidential inauguration in an interview with Newsy.

Missouri Sen. Roy Blunt has been to multiple presidential inaugurations. But this time around, he's in charge of it.

Blunt's the chairman of the Senate Rules Committee. With that job comes the role of chairman of the Joint Congressional Committee on Inaugural Ceremonies. It's a small committee made up of Senate and House leadership.

The committee has planned the ceremony and luncheon following it since 1901. Planning begins about a year in advance — well before the presidential election.

"Most everything is in place and the same no matter who's about to become president. There are only a couple of things left for the president's preference once they've been elected," Blunt explained.

The Senator Behind The Inauguration Explains Its Importance

Sen. Roy Blunt of Missouri is chairman of the Joint Congressional Committee on Inaugural Ceremonies.

The president-elect has his own inaugural committee that works on those other preferences with the congressional committee.

But there's still plenty to do. A couple dozen people work on behalf of the congressional committee to fulfill its responsibilities, which include overseeing security and planning the construction of the inaugural platform.

Construction of the platform began in September with the First Nail Ceremony.

The platform holds some of the 250,000 people who get tickets to watch the inauguration at the Capitol.

Blunt said he expects about 500,000 others to gather on the National Mall to witness the transition of power.

As committee chairman, Blunt will serve as master of ceremonies. He has also been able to incorporate a few nods to his home state into the ceremony.

Several hundred guests will get an inaugural gift — a wood pen and letter opener — made by a Missouri company, Blunt said.

The Missouri State University Chorale will perform during the inauguration.

And Missouri artist George Caleb Bingham's 1850s painting "The Verdict of the People" will be displayed at the luncheon.

The luncheon will take place in Statuary Hall located in the Capitol. During the same time Bingham painted "Verdict of the People," the House of Representatives met in Statuary Hall, Blunt said.

Newsy reporter Lauren Stephenson responded: "Kind of appropriate for the 2016 election. ... There were a lot of emotions involved in the election."

Blunt responded, "That's why the event really matters, I think. To show people in our country and all over the world that elections not only have consequences, but in a democracy, people can make changes and the democracy goes on. The country goes on."